Urban Fest is a meeting of emerging urban culture, where you can watch live music performances whilst visual artists create live murals.

Their 2022 edition features the presence of female artists; women who, “through their music, reclaim the right to control their bodies and emotions”.

Madrid Urban Fest has as its solid pillars multiculturalism, diversity of races, beliefs, variety of rhythms, of bodies and genders.

From key words that raised the concept of the festival (diversity, genderless, freedom, respect, social demands, focused on women artists, music as a unifying element…) I decided to work on the word RESPECT. 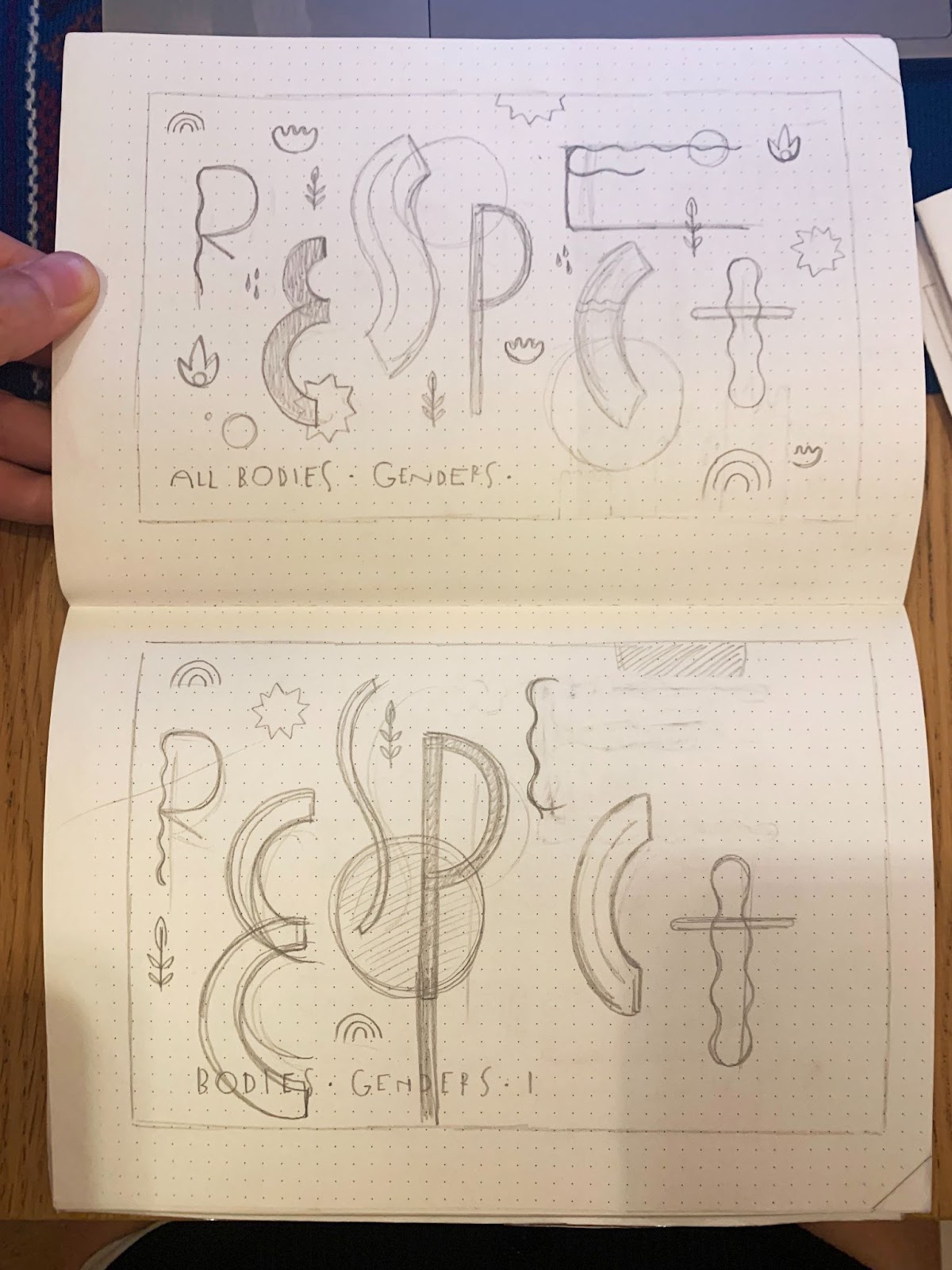 I introduced elements such as fire and raised fists as a symbol of struggle, and the rainbow as a unified symbol of freedom and LGTBIQ+ pride.

To the illustration I added the words: BODIES, GENDERS, RACES, CHOICES.

I chose a purple background (a colour related to the feminist movement), and from there I selected a colour range that would stand out and work in the festive atmosphere in which it would be represented.

I made the mural live during the performance of several artists. Here you can see the creation process: